Source of threats could face fines, prison time if caught 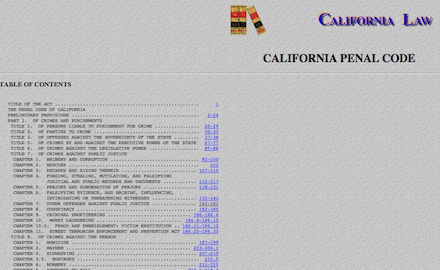 El Estoque breaks down the consequences for vandalism, bomb threats and death threats.

If the perpetrator of the Dec. 13 threats is identified, he or she will face up to three charges under California state law: vandalism, criminal threats and falsely reporting the presence of a bomb. The penalty for these crimes differs depending on their severity, and is determined by three separate sections of the California Penal Code.

The penalty for vandalism is addressed by Section 594. Depending on the cost required to fix the damage, as well as the criminal’s past offenses, he or she could face anywhere between $1,000 and $50,000 in fines and/or up to a year in prison. However, if the perpetrator is a minor and his or her parents can provide reasonable cause, this fee may be waived.

Section 422 deals with criminal threats, defined as statements with intention to “commit a crime which will result in death or great bodily injury to another person … even if there is no intent of actually carrying it out.” The threats against a staff member would be considered criminal threats, for which the maximum penalty is one year in a county or state prison.

However, because the perpetrator also violated Section 148.1 — which sets the punishment for stating with ill intention “that a bomb or other explosive has been or will be placed or secreted in any public or private place, knowing that the information is false” at a maximum of one year of imprisonment — the penalty would be increased.

When these two sections are violated in joint, as in this scenario, the criminal must also pay “full restitution” for the money spent fixing damage to personnel, equipment, property, as well as emergency response by medical and government services. In this case, that would likely constitute payment to the bomb squad and the three schools that will need to remove the threatening graffiti.

According to Section 954, these three crimes could be consolidated or tried separately depending on the opinion of the court.

These penalties would only apply assuming the criminal is convicted in an adult court; however, according to the California Legislative Analyst’s Office, anyone over the age of 14 can be tried as an adult for serious crimes.

There has been no shortage of high school bomb threats in recent times; similar incidents occurred at San Benito High School in Hollister, Calif. on Dec. 4 as well as at Annandale High School in Annandale, Virginia on March 30.

While the perpetrator in the SBHS incident was not identified, the former AHS student responsible for the Virginia threats was, according to the Washington Post, charged with felony threats and criminal trespass.