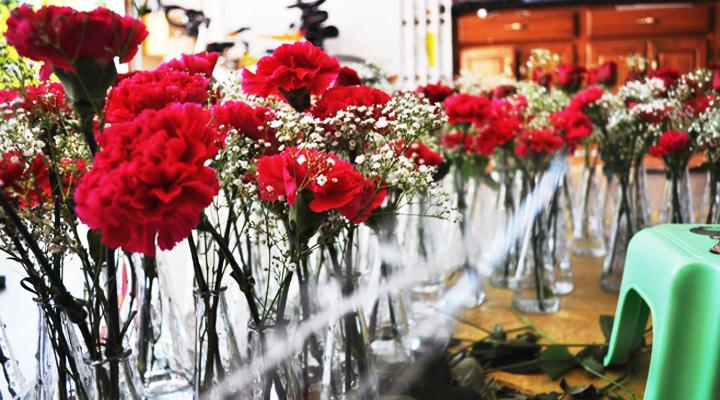 From about noon on Saturday to noon on Sunday, they tackled the tasks at hand: purchasing vases, peeling the stickers from their glass bottoms; buying bunches of roses, carnations and baby’s breath, snipping the stems; compiling addresses and routes before congregating at 7 a.m. to deliver flowers on Mother’s Day.

As a loose tradition, the annual Mother’s Day flowers fundraiser has been jointly coordinated by the freshman and senior class officers. This year, the class of 2012 opted out, leaving the freshman officers to pursue the fundraiser themselves. Yet, about a week before Mother’s Day weekend, the class of 2015 realized they might not have enough time to pull it together. Upon hearing this, the sophomore class officers, who organized the fundraiser last year, stepped in.

“We sold flowers all week, we handed out flyers all week. It was really fast-paced,” freshman class president Anna Tedijanto said. “It was kind of fun, it was really fun doing things on a whim, spontaneously.”

Sophomore class secretary Sriya Srinath estimated that there were more orders this year than last year, when the class of 2014 completed the fundraiser on their own, possibly because the two classes joined forces to promote the fundraiser. According to Tedijanto, the fundraiser generated about $1000 in profit to be divided between the two class office groups. She also noted that the $500 sum each class received was larger than the typical amount of $200 to $300 from other fundraisers.

Licensed upperclassmen volunteered to help the freshmen and sophomores deliver on Sunday morning, between 7:30 a.m. and 10:30 a.m. According to sophomore class treasurer Timmy Kuo, the recipient of flowers would ideally hear the doorbell ring and open the door to find roses or carnations on the doorstep.

“I mean, a Mother’s Day flower, it’s a nice surprise,” sophomore class treasurer Timmy Kuo said. “A lot of mothers wouldn’t suspect that their son or daughter would go to the trouble of buying a flower for them.” 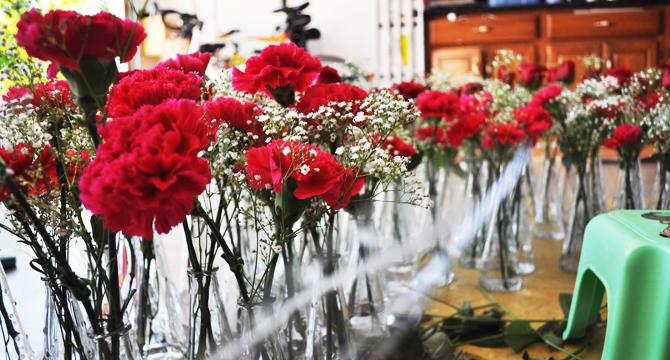