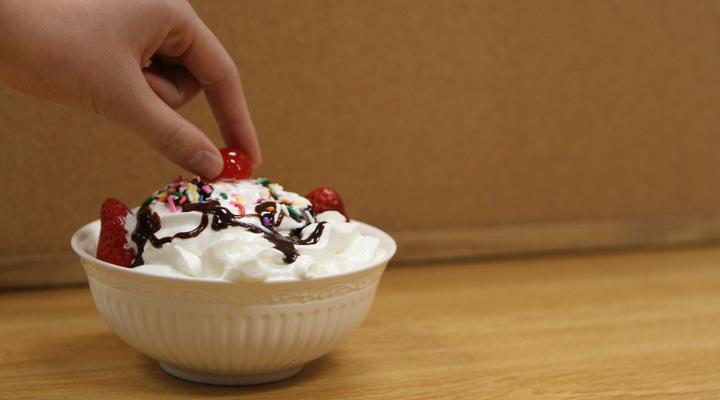 As seniors near the end of their high school careers, senioritis is not the only change in mentality. Since they are so close to graduating, now is the time when seniors choose what legacy and reputation to leave behind.

Senior Niloofar Kamkar underwent a  change in perspective this year, which resulted in her acting as she wished, regardless of her peers’ opinions.

“[When I was a junior,] I would let someone completely destroy me, but now it passes by me like wind,” Kamkar said. “[Now] I honestly have not even thought about my reputation. It hasnít been something that crossed my mind. I never second guess what I’m going to do because of how people perceive me for my actions. People just don’t care.”

Kamkar has done things that most MVHS students would consider taboo. Classmates of hers have pushed the limits as well, by excessive drinking and partying. But despite this “characteristically senior” carefree attitude, she still maintains her priorities, with friends near the top of her list. Throughout their years at MVHS, her group of friends slowly grew apart. Yet Kamkar is persistent in maintaining her relationships with each individual person and believes that the ideal legacy is one built on positive relationships.

“Ten years from now, you won’t remember all your high school friends — you’ll remember what you learned,” Lu said. “It’s still school. The purpose of school is to learn and not just get good grades, and if you want to continue learning you still have to try.”

While Lu’s perspective on lasting friendships is different, he maintains the idea of seniors caring less about what their peers think. Senior Megan Parry agrees; she has changed significantly from junior to senior year, holding others’ opinions of her in much lower regards. For instance, rumors, an inherent part of high school, don’t bother Parry anymore.

“There’s always gossip,” Parry said. ‘There’s always people making things up and it used to really bother me if I heard things, but now it doesn’t matter.” She attributes part of this to the fact that most seniors do not have sixth or seventh periods, and so there aren’t what she calls “gossipy lunch circles” anymore.

And like Parry and Kamkar, Lu has not put much thought into his reputation. Where his reputation still holds importance, however, is in his school work. Most of all, he strives to do well in school, perhaps even more so than before. As the pressures of doing well academically are lessened, Lu is left with purely the enjoyment of learning. More than anything, his ideal legacy is one that he can look back on and appreciate.

“I want to end high school on a good note,” Lu said. “I just want to feel proud of my whole high school career. I don’t think you want to look back at yourself as a slacker or not having tried as hard. You always want to try your best.”

According to Lu, the second semester of senior year is a crucial time in which people are truly able to see the motives of seniors. He argues that those who are motivated to learn will continue to push themselves, while those that want up simply bulk up their college resumes will let up. A genuine attitude towards schoolwork, Lu feels, is what really makes an admirable reputation.

“I think society says, ‘Oh, reputation doesn’t matter, it’s what you think of yourself,’ but in reality, you do [have to] think about what other people think,” Lu said. “It’s just important to keep it in context.”