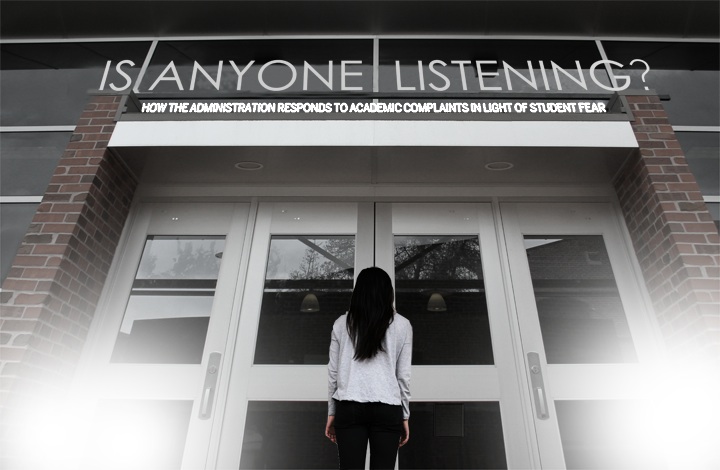 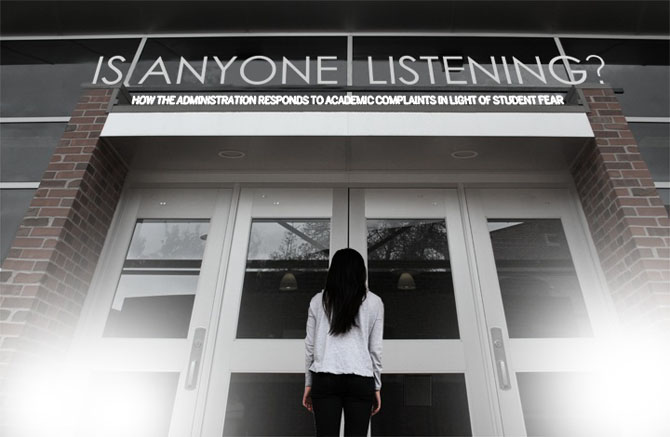 Nowhere to be seen.

Near the end of the 2010-2011 academic school year, many students were upset over the unexplained transfers of English teachers Robert Javier and Debbi Vanni. In protest, a group of around a dozen MVHS students, including class of 2011 alumnus Kasia Gawlas, actively campaigned against these staffing changes. The group scheduled meetings with school administrators, the principal and even the district superintendent, yet they felt babied by authority.

“We really werenít being told anything at all,” Gawlas said. After conducting independent research and talking to teachers though, she still felt that something was wrong.

Eventually, the group attempted to stage a protest, but it was ultimately unsuccessful. Part of the reason for this failure was the lack of student participation. Gawlas believes that many of the students who were unhappy about the transfers of Javier and Vanni and believed that  the actions were unjust decided not to participate in this protest because of possible repercussions from their teachers and the school administration.

“A lot of students were afraid of consequences, strikes on their academic records,” Gawlas said.

Those students who chose not to protest the English department transfers are not the only ones protecting their identities to avoid consequences from authority. According to guidance counselor Shari Schussel, anonymous complaints or tips from students are extremely common. However, she suspects that many students who have perfectly legitimate complaints go further than trying to hide their identities; they do not speak out at all because it is simply safer to keep their thoughts to themselves.

ìThey want to remain anonymous. And if you donít come to someone about a complaint, then you know for sure [your] teacher wonít know that you complained,î Schussel said.

While counselors like Schussel are often the first to receive student grievances, they are on the same organizational level as teachers, so they pass student complaints on to administrators for further action.

According to Assistant Principal Brad Metheany, these anonymous complaints make it difficult for administration to take any action against teachers who may or may not have been unfairly treating their students. Anonymous letters or emails receive absolutely no reaction unless they seriously threaten the safety of students, and even anonymous in-person complaints by students are hard to respond to; although Metheany claims that the school administration will at the very least listen to anonymous student complaints, it cannot be expected to approach a teacher without solid evidence.

Another reason that names make a complaint more valid is the existing reputation of a student.

“If a student has a reputation with me, that would help,” Schussel said. “I had a student that came in every year and complained about almost every single teacher, so [every year] I try to redirect the situation.”

However, students choosing to speak out without concealing their identities face a conundrum. Legally, the school administration cannot prevent a teacher from treating students unfairly because of filed complaints. According to the California Education Code, teachers have full control of what happens in their classroom, and administration does not have the power to force teachers to change grades or alter their policies.

“I will never challenge a teacher based on grading practices or instruction,” Metheany said. Although Metheany believes strongly in the ethics of MVHS teachers, when applied, this means a biased instructor could technically punish his or her students unreasonably, especially in more subjective classes like English.

Math teacher Martin Jennings agrees that approaching the administration may not be the most effective way to resolve a problems in the classroom.

“I don’t think administration will do very much, but I think if the student was to go to the teacher, then they would be able to get some change,” Jennings said.

While administrative action may be limited by the California Education Code, there are still students who have found the administration helpful in dealing with potential teacher conflicts.

In her sophomore year, senior Savannah Day felt like she had been unfairly treated by a teacher, who revoked a previous offer to re-do an uncompleted worksheet. When it came to light that the assignment would have a significant impact on her final letter grade, she and her parents approached the school administration. In the beginning, Day had the same concerns as those students who backed out of the English department transfer protests.

“I didn’t want to get on [the teacher’s] bad list. I didn’t want her and other teachers to look at me badly,” Day said.

After multiple talks with the principal, administrators and her counselor, Day and her parents were able to negotiate a way she could maintain her letter grade. Contrasted with her earlier fears of being viewed negatively by her teachers, Day found that the administration was actually quite helpful in responding to her complaints.

Both Schussel and Day agree that the school administration can be intimidating to approach, but they feel it can be effective in responding to student worries about teachers. While student fears concerning negative impacts on their grades may always inhibit their ability to speak out and administrators may not always be able to reach the resolution studentís want, it appears as if the administration is at least willing to listen.