Silence is golden, but its absence is not punishable 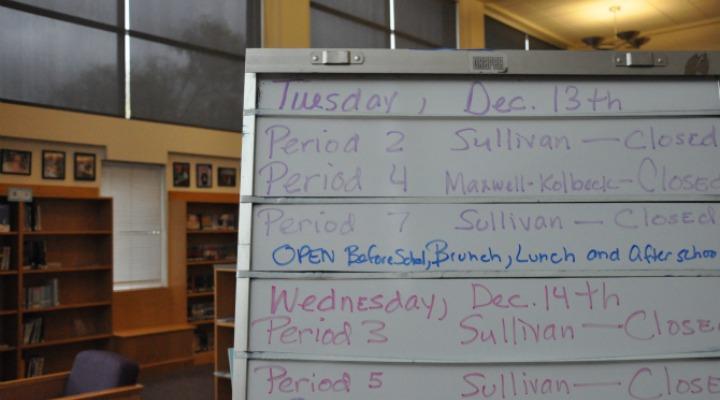 Monday, Nov. 28, was a day like any other for students with an open 4th period staying in the library. There were no classes, and the library was mostly quiet except for the babble of a few loud students. In response to the raised noise levels, the library kicked each and every one of the students in the library.

The library’s policy allows all students in the library to be evicted during a free period if even a single student causes disruption. This applies even when a class is not in the library. So far, this has occurred six times across three periods. According to a survey of 159 students done by El Estoque on Dec. 9, 37% of survey respondents with an open period replied that they have been kicked out of the library due to the library’s policy.

The library claims this policy was in effect from the beginning, as the policy has been up on the library’s website. Students with an unscheduled period themselves signed the agreement to quietly study in the library. But why should students be forced to pay when someone else makes noise? The agreement was for quiet study, which has absolutely nothing to do with the ruckus another student makes. It defies common sense. The library says its staff  “reserves the right to close the library if it is noisy,” yet in doing so, the punishment meant for the perpetrators loses power, as the punishment is no longer centered on the perpetrators. Instead, it is diffused among all the students in the library.

The library is effectively imposing unjust and excessive punishment on the student body. If the library wants to keep things quiet because of the complaints of a few students, the last thing the library should do is kick out everyone: including the students who complained about the noise levels in the first place.

Although it may require constant monitoring by staff members to identify the specific troublemakers, it is more than likely that students themselves could find who caused the ruckus. By kicking out only the students who are making the noise, a tranquil studying environment is ensured. And the few students who are kicked out will quickly learn their lesson.