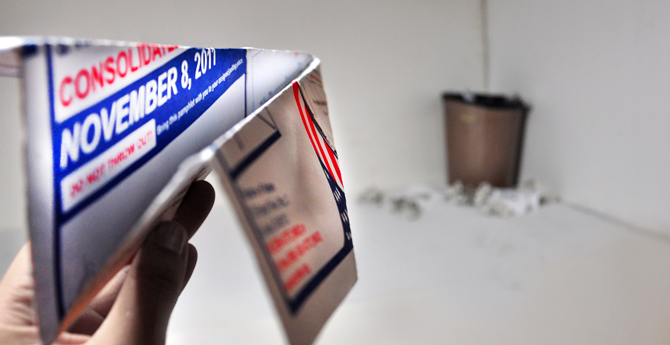 These are all people who high school students do not need to care about. Oh, and they also ran for public office in Cupertino.

Cupertino elections were held recently, and for a few days, voting adults rushed to participate in local democracy. Passionate voters wrote letters in support of candidates.  On election day, adults from all over the Santa Clara Valley voted for city council representatives and deliberated over a single legislative measure.

But what about the children? Politicians, teachers and parents are always encouraging high school students to get involved in local government. However, because of lack of power, both of studentsí votes and of local legislation, there is really no need for them to care. The next time an adult asks you to show a little concern for local issues, you can tell them that you would, but that it is up to politicians to make local government relevant and provide outlets for student opinions.

Students have no voice
Students who do attempt to educate themselves about  the issues of local government can at the very most be silent spectators in the political arena. Since students do not have the right to vote until age 18, there is no reason for politicians to address or even consider the issues that children are most concerned about.

Legislation is slow to respond
Even the students who can vote do not need to care because they will not be able to feel the lasting effects of their votes. Measures and bills take time to pass, and according to the schoolís own website, approximately 97 percent of MVHS students attend college of some sort, many of which will be outside the limits and boundries of the Santa Clara County. Even those who do not attend college may simply move out of the city: 81 percent of MVHS students plan to move away after they graduate. By the time measures that voting-eligible students care about take effect, they will have moved away to different cities with different issues and concerns.

Even issues which students feel strongly about may end up being entirely irrelevant to student life because of the time element. Take candidatesí positions on the pollution caused by the Lehigh Hanson Cement Plant, one of the most controversial of this Novemberís election: while environmental conditions and business relations in Cupertino are certainly worth thinking about, the issue could take years to resolve, by which time any concerned students would have graduated.

Local government is irrelevant
But doesnít knowing about local issues at least increase studentsí social awareness? Sadly, no. The power of local government in a city of Cupertinoís size is too small to touch the lives of students. For example, the only measure in this Novemberís election was Measure C, which would increase the city-collected tax on hotel residents from $10 to $12. Students, who are unlikely to ever spend a night in a Cupertino hotel, cannot even begin to feel the effects of such small-scale government.

Because of its lack of influence, city council has a hard time making itself relevant in student lives. Only 44 percent of students polled were able to correctly identify a candidate running for city council in this Novemberís election, and only 32 percent of students were able to identify the standing mayor. In fact, city council is even unable to get eligible adults to vote: in the past two years of elections in the Santa Clara County, there has never been more than a 50 percent voter turnout. With even eligible voters ignoring local issues, why should students care?

How can this change?
Nobody denies that government beyond the local level is worth learning about. These benefits do not apply to local government simply because the power of the current local government in Cupertino gives students no reason to be anything but indifferent. However, this can certainly change.

What can the city council do to encourage students to give local government a second thought? One way is to give students a voice. While national law prohibits students from voting, nothing prevents city council from holding open-forum discussions, which could allow students to express their opinions. Currently, the city council works in relative seclusion; however, greater publicity about city councilís role in the community will encourage students to care. This could be achieved by paying more attention to educational reform. People care when they are directly affected by the issues, and as evidenced by massive student interest in 2010ís education parcel tax measures G and B, students are perfectly capable of being involved if issues are relevant enough.

But until then, worrying about local issues is a chore that students donít need on their plates. Hotel taxes and zoning ordinances?

Thatís what parents are for.