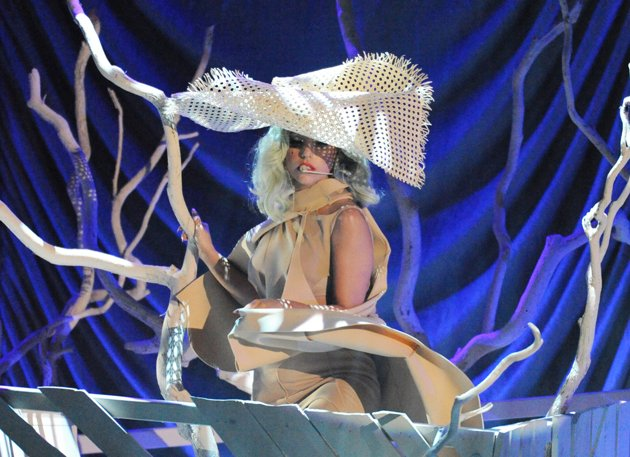 Former President Bill Clinton sure knows how to party.

To mark a decade of service to nations around the globe with the William J. Clinton Foundation and celebrate his own belated 65th birthday, Clinton hosted “A Decade of Difference: A Concert Celebrating 10 Years of the William J. Clinton Foundation.” Held in the Hollywood Bowl, the concert was also streamed live on Yahoo! last night for people around the globe to watch. The result? A whopping 64,365 online viewers (of which I was one) in addition to the 10,000 at the Hollywood Bowl.

The online broadcast concert started off strong with a keyboard extravaganza from Stevie Wonder that kept the whole audience tapping their feet to the rhythm. Highlights came with the performance of his 1972 hit “Superstition,” an epitome of funk music that kept the audience hooked. At the close of the song, also inserted some words of wisdom.

“It’s always good to give to those who don’t have,” Wonder said, reminding the audience of the importance of service to humanity, while the chorus continued in the background.

Wonder was led off stage to give way to country music artist Kenny Chesney, who, with his cowboy hat and guitar entourage, transported the audience to peaceful land carefree lands. His homely tunes and Southern accent put the audience to ease with a pleasing round of country music.

K’naan came next to play on the audience’s heartstrings with a story from his childhood in war-torn Somalia, taking the opportunity to thank Clinton for aiding his country. He then launched into “Wavin’ Flag,” to which the audience sang along and waved their hands to. By that moment, the crowd was drawn together in its gratitude to the Foundation for its efforts to save humanity.

The Colombian star Juanes added some spice to the mix with his heavy metal band. As the founder of Mi Sangre, a non-profit organization that supports Colombian victims of land mines, his spirit was a perfect fit for the occasion. He showed his dexterity on the guitar and let out the most contagious of rhythms to get the audience dancing. His “La Noche” was absolutely phenomenal.

Juanes left the audience in salsa-mode for Usher. Up until that point, all performers seemed to fit the occasion. Usher just seemed to be there as a teaser, to bring people to the concert.  Throughout his entire segment, his only reference to philanthropy was a lame transition to his next song.

“Are we going to make a difference every day of our lives,” Usher asked.

And off he went into his signature “Yeah,” followed up with “OMG.” Although he did have some cool moves (and split his pants in doing them), they seemed to be wannabe-MJ-style.

The spectacle of the night put Usher to shame. Lady Gaga took the stage in another fantastic getup (a mummy-esque dress) to play “Born This Way” on the piano (which was transformed into a treehouse). Her singing was powerful and captivating, and her dancing (in stilettos!) fell just short of seductive. Regardless, she was lauded by Clinton and others after her performance for her philanthropy and her wish to unite humanity (as shown through the lyrics “Born This Way”).

She followed it up with a passionate “The Edge of Glory,” which radiated so much energy that it seemed almost unbelievable. After that, she dedicated “Bad Romance” to Clinton, calling it “Bill Romance,” and strutting up to him mid-song to sing to him personally. The crowd didn’t seem to mind one bit as they went as gaga as she did.

With a mesmerizing rendition of “Miss Sarajevo,” along with a solid string accompaniment, The Edge and Bono brought “A Decade of Difference” to a successful close.

On the whole, Clinton definitely got his wish for a great celebration, along with some “Bill Romance.”

To watch the performance and view pictures of the event, check out Yahoo!’s site.