No need to celebrate rise in API scores 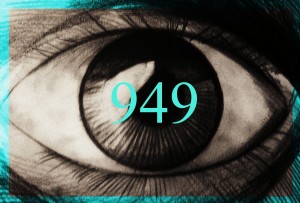 MVHS’s API scores for 2011 were recently released, and we are still on the climb, as we have been for the past four years. With a 6 point increase from 943 to 949, the school is continuing to show growth and improvement. However, while this increase is good, there is no reason for MVHS students and parents to be overjoyed at minute increases in the school’s score.

While, in Cupertino, the value of your parents’ homes and the likelihood of them retiring on a beach in the Bahamas does correlate strongly with local API scores, the score is a weak measure of the education their children are receiving. The API score is calculated based on the STAR and CAHSEE tests alone, by averaging scores in each of 5 “bands” of students (advanced, proficient, basic, below basic, far below basic), but these tests are by no means perfect measures of academic performance. Since the tests are administered months before the end of the school year, teachers may not have covered all the relevant content yet.

Students also view the STAR and CAHSEE tests as insignificant or unimportant. Many MVHS students are extremely college-oriented, and since standardized testing scores don’t carry any weight in the college admissions process, many students do not try very hard on the tests. With a large part of the student population only half-heartedly taking standardized tests, results do not accurately reflect a school’s performance.

Even for students who do care enough about standardized testing to put their best effort into it, the STAR and CAHSEE are unable to measure students’ deeper comprehension of material. With only a short written portion on the CAHSEE and nearly no analysis anywhere on the STAR, the tests emphasize rote memory and test taking ability over genuine understanding

Despite the emphasis the school administration places on MVHS’s superb API score, it does not truly encompass the education level of the school. The standardized tests the score is based on only what students have learned on the surface, ignoring students’ actual understanding of the material. The score is further skewed since many students have either not yet learned all the material on the test or simply don’t care about the results.

While the API can be a useful measure for growth and comparison, students and parents should take it with a grain of salt and realize that quantitative numbers should not be viewed as the ultimate measure of MVHS education.