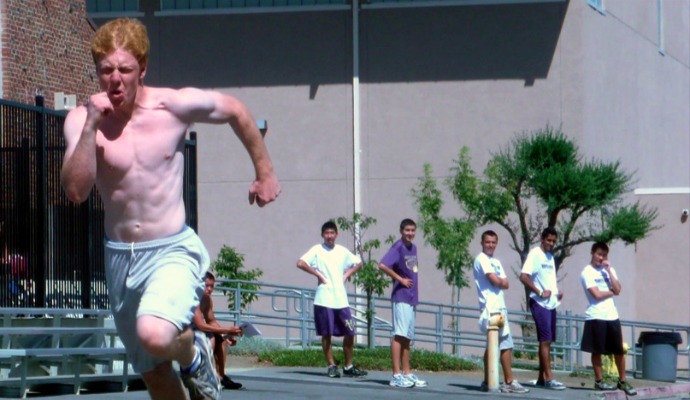 Every team has the same goal each year—to get better. The football team is no different, and with new juniors on the team, it has high hopes to make it to CCS this year.

“I think we’re in pretty good shape,” head coach and athletic director Jeff Mueller said. “Our roster is a very large roster, larger than we’ve had in a long time, so we’ve got quite a few people who will want to play and that can really help us.”

This year the team will use their deep roster, including some players completely new to the sport, to step up to the roles left behind from the Class of 2011 players. Coach Mueller, however, believes that each new player will be instrumental to the performance and competency of the team.

Throughout August, the players have been preparing for the upcoming season. Practice for the regular season has been composed of drills, work out routines, and practicing different plays, complete with a new in-game philosophy and mindset.

“We have a whole new offense than we did last year,” senior Spencer Selden said. “It’s an option offense, which is harder for high school students to defend than normal [offense].”

The football team is completely overhauling the offense with the introduction of the triple option formation. Run by notable defense academies such as Navy and Air Force to great effect, the triple option deploys several rushing options, which allows the quarterback to choose which part of the defensive coverage to exploit. This formation runs in line with the new offensive philosophy given the team’s smaller, speedier players.

Since the starting quarterback will be new, Mueller expects that throwing the football will be their weakness. However, he will capitalize upon the team’s speed and agility to compensate. The option offense will keep the defense on its feet, unable to specifically pinpoint the running back to guard. In turn, this gives the team more chances to run the ball instead of having to mix in pass plays.

Running the ball also burns the clock, giving MVHS better control over time of possession. The only danger for the option offense is turnovers: missed laterals and fumbles can allow the defense to easily score a touchdown at the other end.

The Matadors plan to implement the new play during the year and with the new changes, their goal is to make it to CCS this year.