Finals should not foster academic dishonesty 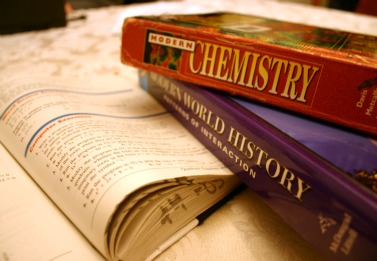 Finals should be taken by subject, rather than period to cut down on cheating

No doubt finals have a big role in a student’s final grade. but the way they are set up fosters a break in academic honesty. Now that the biggest test of the year has passed, it is time to rethink the system to help minimize on cheating.

Academic honesty is a valued trait in any student, but in an environment where grades are of such importance, it makes some students feel the need to ask for information before a test. The way finals are set up allows academic honesty to falter once more. Here’s why.Since students take finals by period, they will be taking the same test on earlier days then others. If students are taking the same test on different days, it allows some students in later periods to ask, “What is on the test?” Maybe not a serious offense, but cheating nonetheless.Though cheating will never be completely destroyed, it can be reduced if finals are based on subject rather than by period.For example, math and science finals would be held on Tuesday, while history and literature would be scheduled on Wednesday. A system would entail that every student would take finals based on subject, so there is no chance of cheating. Instead of asking “What is on the test?” students would only be asking people to see if they got a problem right.  The way finals would be set up could look similar to how STAR tests are arranged. All students taking a certain subject would take the final on that subject on the same day. If a test that has never been seen before and everybody takes that test at the same time, then the chances to cheat are close to impossible. Schools like Archbishop Mitty already have finals set up that way, which shows that this method is a proven formula. In a school with 2503 students, some people feel the need to know what is on the test before hand. To some students, academic honesty has taken a back seat to their grades, but the only change to stop academic dishonesty is to make finals based on subject rather than period.{cc-by-nd}