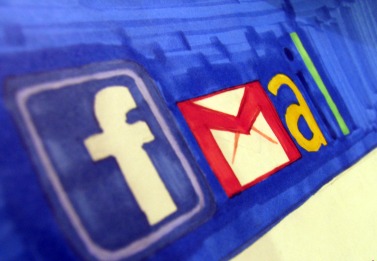 Facebook looks completely different from what it used to be. Features are constantly being added or remodeled, and occasionally, even the whole interface gets a face lift. Even recently, Facebook profile pages received a makeover. Facebook is constantly updating with new features and plans to bring even more change to Facebook by taking the first forays into e-mail.

Users would have their own @facebook.com email address, which would be integrated with the home page of Facebook, making it only one click away. It would also incorporate texting, messages, and chat into one simple interface.“I wouldn’t really use it because its really dangerous to give one company, so much control over you,” sophomore Barak Gila said. “If you started using that service instead of your regular e-mail, then basically Facebook would have total control over all of your online life.”The new e-mail service would try to expand its Internet dominance, while also stepping up the competition for other companies as they try to vie for the attention of Internet users. If the e-mail service is as successful as CEO Mark Zuckerburg expects it to be, then more users would spend even more countless hours out of their day on the social networking site.“I don’t like [new additions] because it is so confusing and I have to go figure everything out and waste more time on Facebook, when I’d rather just come there for the updates, “ sophomore Srisruthi Ramesh said. Nobody can tell though if Facebook e-mail would provide real competition for other e-mail services and have as much popularity as g-mail, which has been highly popular for providing a great amount of options and features. People interested can apply for a Facebook e-mail asthe site plans to release its e-mail service over the next few months gradually with no set release date.{cc-by-nd}