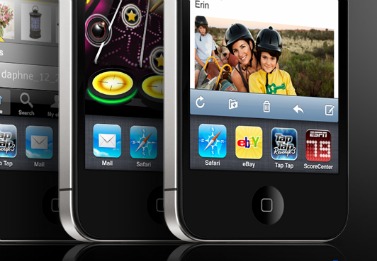 Many say that it wasn’t the iPhone or the Android that changed the face of technology of the modern day.Many say it was the developers.Perhaps some of those developers will be those who pass by us on this campus. For some students, their passion doesn’t revolve around sports or television, but rather something as advanced and high-tech as programming applications for cellphones like the Android and iPhone and working out kinks and obstacles along the way. After attending a short tutorial class at Standford University focused on Objective-C (the iPhone programming language), junior Wells Santo continued to independently teach himself through books and online tutorials. He is now fascinated with the world of mobile applications.“[For] this one app I did, you can press a part of the screen and a red cube will follow so wherever you put your [finger] the red [cube] follows you,” Santo said. “So basically anything that deals with touches on the screen, or selections, buttons, sliders…things like that I can do.”For those of us who only listen to the Pandora application or play Labyrinth and leave the handy work to the developers, Santo attempts to explain the process in layman’s terms.

“If you’ve never done programming before, it’s really hard to explain. It’s like connecting the dots basically. When you have a button, you have to connect it to the controller which is the code that makes it work.” However, even for these creators, this world is not that simple. Junior Hemanth Kini found struggles along the way, even though Kini and his friends have been creating games since third grade, such as a vocabulary game they designed as sixth graders to help them study. When all the developers face obstacles in their creations, such as not having the knowledge to create a certain effect, they turn to online tutorials for aid.“Right now, I am learning graphics programming [and] I didn’t know how to create lights in the game world…that was something I had to look up,” Kini said. Because difficulties do arise in world of developers, Santo and senior Paras Sud have turned in the forms to create the Mobile Developers club, in hopes of  teaching and creating as a group . The club will meet in the Java room during Tuesday lunches. Sud believes the beginning stage of developing is the trickiest, especially with a lack of programming language knowledge. “Learning these things comes over time, the XML, the basic programming structure. You can’t learn it instantly, but as long as you persevere for a little time, you will be able to understand it,” Sud said.As these MVHS developers continue to learn more about this realm, who knows, they may create the future masterpiece you find on your own cellphone.
{cc-by-nc-sa}