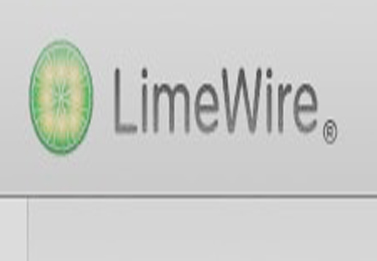 On Oct. 26, LimeWire users were welcomed with a notice stating that LimeWire was shutting down. “LimeWire is under a court order to stop distributing the LimeWire software. We further remind you that the unauthorized uploading and downloading of copyrighted works is illegal,” the message said.LimeWire is a file sharing software where users can upload, share and search for files. Its original intent was to share files; however, the software eventually became commonly used to upload and download copyrighted music.The New York company was found guilty of massive copyright infringement by the Recording Industry Association of America as LimeWire became known for illegal downloading. According to the RIAA, over 3 billion songs were being downloaded at peak months. The RIAA asked the federal court to shut down LimeWire until it could clear its copyright issues.Nevertheless, because of LimeWire’s primary purpose and intent, students believe that LimeWire should not have been shut down.“The thing is that [LimeWire] isn’t for illegal downloading. It’s a peer-to-peer software for stuff that isn’t copyrighted and is meant for things that are supposed to be in circulation for free,” senior Crystal Hsu said. “I don’t think its should be shut down just because the original intent was for that purpose. It’s not fair to punish [one person] because [the government] is trying to punish everyone else.” Even people who have never shared files on LimeWire agree that the shut down of file sharing sites and software will do nothing to curb the online trend.“I feel like the problem is the people who are making these sites for illegal downloading. I don‘t think it’s effective [to shut down LimeWire] because people can get downloads from different places; LimeWire was just the more popular one.  It’s a [kind of] step [towards stopping illegal downloading] but not really,” junior Stacey Urauchi said. However, senior Varun Angajala believes that it is necessary to shut down LimeWire, not because it would stop illegal downloading, but because it is necessary to prove a point.“The reason [the RIAA sued LimeWire] is because they want to tell people it is unacceptable,” Angajala said. “By shutting down [LimeWire], [the RIAA] is sending a message that they are against what [downloaders] are doing.  It is more of a message than a way to create change.” Angajala believes that there is no real way to stop illegal downloading and that it is a part of the internet culture of the modern times. “If the government did something really drastic like owning the Internet then maybe they can [stop illegal downloading],” Angajala said.{cc-by-nd}