Cupertino looking to compensate for loss of Hewlett-Packard 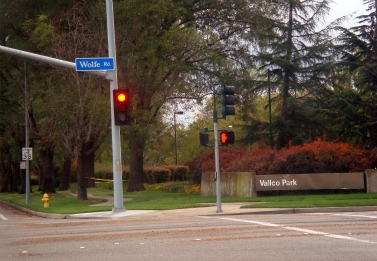 An end of one legacy marks the beginning of another. Hewlett Packard is closing its doors in Cupertino and the city is already making plans to compensate for the loss.

One hundred acres of property will be left barren after HP moves back to its hometown of Palo Alto. HP told City Council last July that it would move out of the city due to a decision to downsize and because most of the Cupertino workspace was unused. “Because the workforce is changing, you don’t really need that much land in order to conduct a business,” City Council member Gilbert Wong said. “Now there are businesses from home, telecommunication, and other ways to get the same thing done.” Cupertino, however, does not plan to leave the space empty. Wong believes Cupertino is an “innovative” city and City Council has already made a general plan of what to do with the 100 acres. Ten percent or less is going to be used for large department stores like Costco, which is estimated to match the revenue that would be lost with HP’s departure. The rest of the land will be used to encourage large industrial companies to come into Cupertino.“I see this as a two year window where we can have the opportunity to encourage a mixture of large retail stores, as well as encourage new businesses,” Wong said.HP was also used as a workplace for one MVHS student, but because the office is being closed down, his workplace is closing down as well.“Sometimes my dad used to take me to the Cupertino office to work and it used to be a really quiet place and it was a nice office environment,” senior Aamoy Gupta said.HP’s departure marks the end of a corporate giant, but will also start the beginning of other American companies’ legacies in Cupertino.