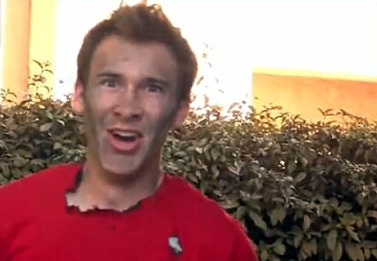 Craziness and prizes do not usually go together, but Pringles has launched an “Unleash your inner Xtreme” contest to award participants for being as extreme as possible.

Alumni Jarryd Alfaro of the class of ‘10 and Brian Miller of the class of 2009 decided to participate in this sketch-comedy contest. Each entry was judged by Jake Sasseville from the T.V. show "Late Night Republic" and four Pringles Xtreme judges. Their video was chosen as one of the top five out of all the entries.

They first discovered the contest one day when Miller, looking through his Facebook, stumbled upon an advertisement about the contest.

“I was like, ‘What‘s that?’ So I clicked it [and thought,] this is super easy, so I told Jaryd and we began brainstorming,” Miller said.

The contest rules were to create a 90-second video to show off their “inner extremes.” They brainstormed ideas and came up with four possible scripts, which were narrowed down to the one that needed the least supplies and work.

“It is a kind of a mockumentary,” Alfaro said. “It’s these two teenage guys who bought a Pringles [chips can] and see what happens when they eat them. It was originally just a camera looking at us. We thought it would be funnier if the camera was a real object we could actually manipulate.”

They bought supplies, which included a shirt that would later be torn and burned for an explosion scene. After a few rehearsals, they picked a day to shoot and got the video done in one shot. Later that night, it went through a quick editing process to add the fire breathing and explosions, as well as cutting out parts.

“First, we exported it and were like, ‘This is one minute and 37 seconds’, so we had to cut it down. Then we snipped it and it worked,” Miller said. “We were worried because it was one take, so you can’t [edit easily].”

They uploaded the video and the judges chose their video as one of the top five. Now the choice of who wins is dependant on who the viewers vote for. The grand prize is a two-day VIP comedy experience to New York City, which includes a taping of a comedy TV show.

See the video at http://pringles.promo.eprize.com/innerxtreme/gallery.