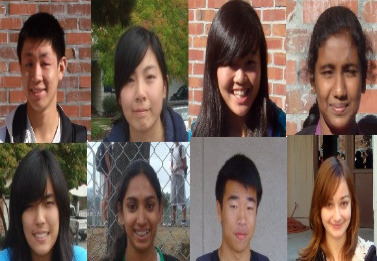 A collection of students’ thoughts on the San Bruno fire explosion

On Sept. 9, the San Bruno fire, about eight miles south of San Francisco, was caused by a ruptured gas pipeline. The fire, destroying 50 homes and killing at least four people, left a 40-foot crater. PG&E is repairing the pipe and is currently working along with Red Cross to help the residents recover from the accident. Students give their opinions on the accident.

What are your thoughts on the San Bruno fire explosion?

“I think the big companies always think that they can use money to solve all problems. It’s not all PG&E’s fault [though], because the gas leak was cause by the gas user’s themselves. I would say 60 percent people’s, 40 percent PG&E’s [fault].” -Senior Alice Chang

“[I heard] there was this lady; her cat went back into her house, and she grabbed it it by its tail or something [like that]. It was crazy.” -Freshman Pranuthl Kanneganti

“I think [PG&E] should [frequently] check the gas [pipes] and keep tabs on it so that something like this doesn’t happen again.” -Senior Steven Chen

“I thought that it was tragic. I mean, many people lost their livelihoods, and some lost their lives. I just wonder how our structure can allow something like this to happen.” -Junior Andrew Tsun

“[I heard] it was mistaken for an airplane crash but then people found out it was a gas line.  I personally thought the earth might have [caved] in.” -Junior Sophia Kiakower

“I feel really bad for all the people who were involved in the accident. Everything just got destroyed. I think PG&E paying for everything doesn’t cover what [the people] have lost.” -Senior Olivia Lin

“I’m not sure if was an accident or not because there was no construction going on around the area, and it was kind of [unusual] because the gas pipes are pretty down low in the ground, and I don’t know what could have triggered that. I think the government should [support the people] by giving checks every now and then [to help them recover].” -Freshman Niharika Dubey