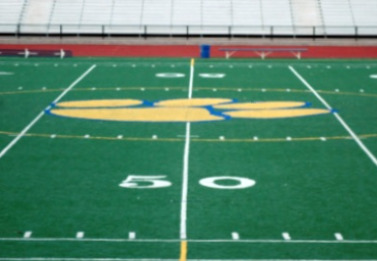 After winning last Friday at Overfelt High School 20-13, football is looking to add to its record with a win against another Blossom Valley Athletic League team on Sept. 10, this time at Prospect High School.

Both the offense and defense did their jobs against the Overfelt Royals. Senior quarterback Freddy Kuo completed 14 of his 25 passes for 205 yards, and junior running back Jordan Sheade ran for 153 yards on 19 carries with 2 rushing touchdowns.

However, they were limited by turnovers and poor special teams play, shown when junior Marc Ynostroza of Overfelt returned two kickoffs for a total of 90 yards, including one for a touchdown. According to head coach Jeff Mueller, the win against the Royals didn’t quite meet his standards for execution.

“There was a lot of inexperience,” Mueller said. “Emotionally we were ready to play, but we didn’t play a good game…we could have put a lot more points on the scoreboard.”

The Prospect Panthers start their 2010 campaign Friday after a bye week. They hope to rebound from a 1-9 season last year by bringing in alumnus football player Mike Suarez as the new head coach.

Since 2005, the Matadors have won their last three meetings against Prospect, but with new players and the new head coach, the records no longer matter.

“[The Panthers] have a brand new coach [and] a brand new philosophy,” Mueller said. “It’s a challenge that we need to go ahead and step up to.”

Only four starters return for Prospect this year, but most importantly, the Panthers retain senior starting quarterback Casey Mintz (6’1’’, 175).

Last year, Mintz threw for only 156 yards per game, but during the past off-season he attended additional camps to prepare for this year. His main role, though, will be to guide the relatively young and inexperienced Panther team.

“Casey is a hard worker and he has put in a lot of work this summer,” Suarez said. “He’s the captain of our team.”

This is MVHS’s second of three non-league games to start the season. These games give the team an idea of their progress and standing before going into league play with other El Camino teams on Oct. 1.

“We’re going to make the adjustments we need to make,” Mueller said. “We’ll try to find some weaknesses in their [inexperience].”

Friday’s game will be a learning experience for both teams. The Panthers have yet to be seen in action this year and their lack of game experience may undermine the extra week of preparation.

“[We] plan on executing [through] four quarters of football,” Suarez said. “We have to go into this game…and see if we can pass the test where [MVHS] already had an opportunity to play.”

Conditions at the 7 p.m. kickoff this Friday, Sept. 10, will be brisk but humid at 67 degrees.