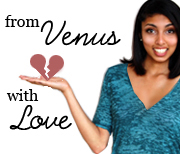 Wake up and smell the roses, boys. AXE doesn’t cut it.

In the beginning, Mars was created. This has displeased a good number of women and made many AXE executives very happy.

As far as I know, the brainwashing began in the locker rooms during the Martians’ secondary schooling. An innocent victim trudging past the rooms would be bowled over by the AXE suddenly wafting through their lungs, unable to cry for help or an oxygen mask. I was that victim.

Ever since AXE’s fumes nearly killed me in seventh grade, I’ve been uncannily perceptive to fragrances. I can smell an AXE-wearer from a mile away (and run at 50 mph in the other direction), I die inside if I smell Dolce & Gabanna’s Light Blue for men, and Polo Double Black on anyone creeps me out, because that’s what my dad wears. Uncanny.

But there’s more to AXE than merely a repulsively low desirability index. AXE denotes a certain type of person, a certain archetypal male attitude: a loud one. And I, as an average Venusian, can’t handle fragrances at that decibel. Just because I can smell you from the other side of the rally court doesn’t mean I like it.

Though the actual personality of an AXE-wearer ranges from tragically unaware of his stench to tragically celebratory of it, they all have one thing in common: throw a couple of half-naked girls in and it’s a deal. I mean, all it took for AXE to become the most widely used deodorant around was a video of cute girls falling all over one smelly guy.

And as much as I hate to be the bearer of bad news, guys, the AXE Effect is not actually real. And more importantly, it’s never going to happen to you. I guess on some level, every boy would rather get dirty than clean, and the totally fabricated AXE Effect gives Martians some hope, some way to live that mud-wrestling dream.

Fantasies aside, I still can’t believe they fall for it. But then again, I do enjoy some Sexy Little Things from Victoria’s Secret every now and then. Just, you know, in moderation.