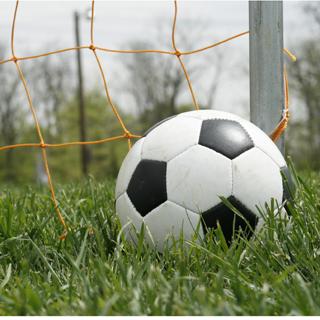 The MVHS varsity boys soccer team ties 1-1 with gunn on Jan. 28.
Not long after the referee blew his whistle to start the home game against Gunn on Jan. 28, the MVHS crowd cheered wildly as the Matadors scored an early goal, bringing the score up to 1-0. Despite this early advantage, the Gunn Titans were able score two of their own goals in the second half of play (one of which was dismissed because the shooting player was off-sides) bringing the final score to a 1-1 tie. After players from both teams lined up to high-five each other at the conclusion of the game, coach Mia Onodera instructed the home team to run laps back and forth between the sidelines of the field. With the tie against Gunn, the home team’s season record is currently at 4-8-2.
Going into the match with a record of 5-6-3, Gunn was favored to win against the Matadors and their 4-8-1 record. But even though the game ended in a tie, which was fairly good for the Matadors, many players on the home team felt that the game should have been a victory for them.

“It feels pretty bad to tie,” varsity senior Kevin Chang said, “especially when you know that you worked hard and you controlled the game, and that you should have won, but they get a lucky break and score.

In addition to the “lucky break” that Gunn had, the calls made by the referees also led to the eventual tie between the two teams. Because of the referee’s calls, or in this case, lack of calls, the Matadors lost many valuable opportunities to attempt penalty kicks towards the Titan’s side.
“There were a few fouls in the box that he didn’t call that should have been penalty kicks,” Chang said. “There was one on junior Tsuk Haroush that should have been a penalty kick, and there was a second one on Tsuk that also should have
been a penalty kick.”
Apart from the tie with Gunn, the Matadors are fairly optimistic about their future games.'We’re good at keeping possession of the ball and such,” junior Sung Woo Lee said. “We just need to be a little more offensive and shoot more.”
Delete Image
Align Left
Align Center
Align Right
Align Left
Align Center
Delete Heading